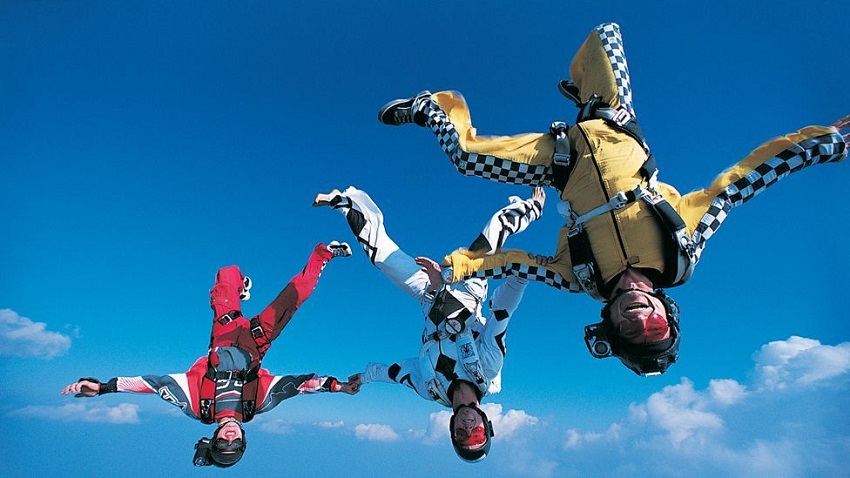 Sports go way back. Cave drawings depict wrestling as early as 3000 B.C., while the first ancient Olympic Games debuted in 760 B.C. with a footrace. That’s a far cry from the global event the modern games have become like the games at https://www.casinoadvice.io/.

The world’s most popular sport today, football (soccer), originated in China in the third century B.C. But football didn’t reach Europe until the 12th century. In North America, Native Americans played stickball (a precursor to lacrosse). Golf was born in Scotland in the 1500s. And through the years, sports have become more formalized in everything from baseball to bobsledding.

We all know about the most popular sports, but there are some unusual ones you have to see to believe. These are the strangest sports in the world.

This small regional event in Gloucester, England has gained international notoriety for its high speed, intensity, and a number of injuries. The rules are simple: chase the round of cheese down the hill and the first person to the bottom wins.

This Finnish sport gives a whole other meaning to the term “the old ball and chain”. In teams of 2 (male carries the female) competitors race to see who can finish (no pun intended) an obstacle course. Dropping the wife is not recommended.

Think Jenga, Capture the Flag, and Battle Royale. This Japanese sport pits 2 teams of 75 players against one another in an epic fight to bring down the other team’s pole.

This ancient sport has seen a rebirth as the professional camel jumpers of the Zaraniq tribe in western Yemen use their speed, strength, and explosiveness to sail over as many camels as possible. This sport is still pending PETA approval.

Just like its sister (and less stinky) sports arm wrestling, toe wrestling involves two opponents locking their feet and attempting to pin the other’s foot down. There’s no surprise that this sport was started in a pub by 4 drinking buddies. Just like how best us online casino was inspired by the land-based casinos.

Take a game that involves lots of thinking and combine it with a sport that often leads to head trauma; introducing Chess Boxing! Competitors fight in alternating rounds of chess and boxing.

Participants hold their breath as they manoeuvre a puck along the bottom of a pool into the opposing team’s goal.

This annual 22-mile race pits man against beast, and yes the horse usually wins. But out of the 35 races ever held, 2 humans have managed to outrun their 4-legged competition.

England is a hotbed for strange sports, and Shin Kicking is no exception. Just as the name suggests, competitors face off and proceed to kick the s*** out of one another’s shins and force their opponent to the ground.

Literally translated to “goat dragging” this sport is not for the faint of heart. Teams of riders attempt to drag the carcass of a dead goat to a goal. Whips are added to make things a little nastier.