On April 4, 1929, Audrey Kathleen Ruston, better known as Audrey Hepburn, was born in Brussels. During his childhood he lived in Belgium, England, and in the area occupied by Germany in the Netherlands. Today we share best Audrey Hepburn movies.

He studied ballet, was a showgirl in the London West End musicals, and worked on Broadway. Later he devoted himself to the cinema and we want to talk about that, about his best films.

Although it was not her film debut, it was the film that catapulted the actress to fame. Directed by William Wyler and scripted by Dalton Trumbo, she won 10 nominations for the Hollywood Awards, Audrey Hepburn won the Oscar for Best Actress for her role as Princess Anna. The producers wanted Elizabeth Taylor to be the protagonist but the director was impressed by the camera test he did on the young actress.

Billy Wilder directs Hepburn in this film in which he shared the limelight with Humphrey Bogart and William Holden. With whom he had a love relationship during filming. She was again nominated for an Oscar, although the award went to Grace Kelly. Sabrina tells the story of the daughter of the driver of a millionaire family who, since she was a child, has been in love with one of the sons, the vividor and womanizer. The other son Linus is a man who lives only for family businesses until … Perhaps the remake of this movie starring Harrison Ford sounds more like you.

The film based on the Tolstoy novel is directed by King Vidor and has the participation of Henry Fonda, Mil Ferrer, John Mills, Vittorio Gassman, Anita Ekberg. With a salary of $ 350,000, she became the highest-paid performer to date in her role as Natasha Rostova.

Translated as A Face with an Angel, the film was directed by Stanley Donen and starred Audrey Hepburn. Fred Astaire, which tells the story of a photographer looking for a model that breaks out of established standards. You can imagine that the young woman with an angelic face was the role reserved for Audrey Hepburn.

Fred Zinnemann directs the film starring Peter Finch and Audrey Hepburn. It tells the story of the daughter of a prominent surgeon who studies medicine and enters a convent becoming Sister Lucas.

It is the most famous film in Audrey Hepburn’s career. A delicious comedy that made her an icon of American cinema. She was nominated for an Oscar for this film in which she plays Holly Golightly, a role that was to be for Marilyn Monroe. George Peppard, Patricia Neal, Martin Balsam, Mickey Rooney, and Jose Luis de Villalonga accompany Hepburn in the adaptation of the Truman Capote novel.

Stanley Donen directs Hepburn and Cary Grant in this thriller and comedy in which their characters meet at a ski resort. Audrey’s character cannot trust anyone in this film in which Hepburn took the BAFTA award.

The rain in Seville is pure wonder, it is perhaps one of the best-known phrases from Hepburn’s papers. The musical film directed by George Cukor performed by Audrey and Rex Harrison, based on the play Pygmalion. He received the Oscar for the best film, the best actor and the best director.

Again Stanley Donen directs the actress who together with Albert Finney tells the story of marriage for twelve years on different trips through Normandy. His argument is not linear and he got the Oscar for the best original screenplay. The film won the Golden Shell at the San Sebastián Festival.

Richard Lester is the director of this story in which Robin Hood returns from the crusades to see how his world is not as he had left it. His beloved Marian has entered a convent, but their paths cross again. Sean Connery is the male lead in this movie.

His last film was Always, directed by Steven Spielberg in 1989. Four years later, he left us at the age of 63 after a life dedicated to acting and participating in charities such as UNICEF collaborating with the world’s most disadvantaged communities. 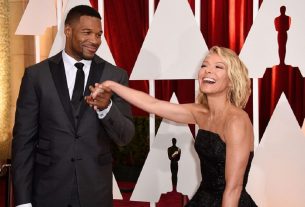