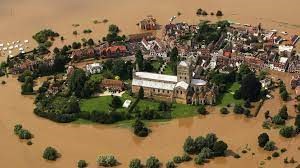 The beautiful county of Gloucestershire is full of rolling hills and stunning countryside scenery. From the depths of the forest of dean to the heights of the Cotswold Hills, this is a popular area of the country to live in, as this estate agents Cheltenham based http://www.meandyouestateagents.co.uk will know!

However, although it may seem quiet, rural and peaceful, in the Summer of 2007 it was a different story entirely. At this time of the year, you would expect to see the countryside in full bloom, happy family picnics and the bees buzzing around flowers in the sunshine. But in 2007 it was a very different story indeed… 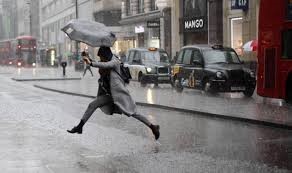 The summer of 2007 had already been unseasonably wet before July. Even by the standards of a typical British summer this one was a bit of a washout and was the wettest May to July period since records had begun! It was partly due to the jet stream sitting south of the UK – when this happens, we tend to have cooler and more unsettled weather as it stops the warm air from the south making its way up to the UK.

Throughout June, heavy rainfall for many days saturated the land during a month often referred to as ‘blazing June’. As well as this, the River Severn which runs through Gloucester was already high, particularly for the time of the year. However, the worst was definitely yet to come and on Friday 27th July 2007, the county watched as yet more heavy rain continued to hammer down.

By now the saturated land and the already high river couldn’t hold more water and the counties roads and fields started to flood with water quickly. Water started to creep into homes and businesses and the emergency services were overwhelmed with phone calls from members of the public in need of rescue from the rising waters.

The market town of Tewkesbury was one of the worst affected areas of the county, as it quickly became an island and was cut off – only accessible by helicopter. For the first time in over 200 years the flood waters even entered Tewkesbury Abbey.

Even worse, it is in Tewkesbury that the main water treatment plant for thousands of people in Gloucestershire is based – and it was flooded quickly by the rising waters. This meant that the water had to be turned off for the majority of the county as the water would be contaminated with flood water – so now the country was awash with water but didn’t have enough clean drinking water to last the weekend.

The army had to be called in and brought bottled drinking water and emergency bowsers to the residents of Gloucestershire – in what was one of the biggest military operations in peacetime. It was a further two weeks until the problems at the water treatment facility in Tewkesbury could be dealt with and water restored to the residents of Gloucestershire.