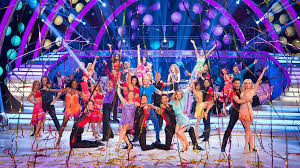 In the Middle ages most people were far too busy to be able to have that much fun. Most peasants were employed to work in the fields serving lords and Barons much as their forebears had done. The working life started at a young age and carried on until you couldn’t do it anymore. There wasn’t any pension so you became a drain on your younger family members. However for the members of the Queens court and the landed gentry things were very different. Being independently wealthy they had a bit of time on their hands so they needed a distraction. 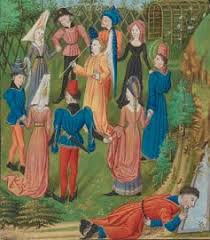 Underneath the great Oak  halls and kep warm by the Oak Feather Edge Cladding, like the ones supplied by https://www.timberpride.co.uk/oak-products/cladding/ they engaged in some pretty dull dances probably because they’d filled themselves up with Venison, wild Boar, thick crust Game pie and stuffed small birds.

The most popular dance of the time was the Carole. Don’t get too excited as it is a mixed dance that basically consists of haughty looking men and women walking around holding hands. A leader would sing a song (lyrics thankfully lost) and they might swap partners from time to time. The other bit of fun was the chain or line dance. Not that they were doing anything that would have set the Strictly Come Dancing audience into applause, it just seems to be a load of walking, bowing and then promenading around the hall whilst the others got drunk on mead.