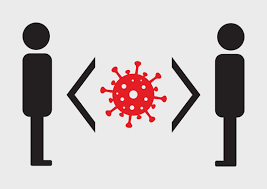 Drug overdoses have been the leading cause of accidental death. Researchers have conducted a study that reviewed and categorized some of the most dangerous drugs and drug mixtures. Here are the top seven from reelsofjoy.org.

Common names for Acetaminophen include Tylenol, Mapap, and Feverall. This drug is regularly used for pain relief and is considered to be the most dangerous on this list due its potential to cause liver damage and toxicity. Acetaminophen is the nation’s leading cause of acute liver failure, according to data from an ongoing study funded by the National Institutes for Health. Analysis of national mortality files shows about 450 deaths occur each year from Acetaminophen-associated overdoses; 100 of these are unintentional. Analysis of national databases also show that Acetaminophen-related overdoses account for about 50,000 emergency room visits and 25,000 hospitalizations yearly.

Alcohol includes all types of beer, wine, and malt liquor. Alcohol ranks second on this list due to the extensive health problems and injuries associated with use. An estimated 88,000 people die from alcohol-related causes annually. In addition to causing health issues such as cancer, liver damage, hypertension, heart disease, and fetal damage, alcohol abuse increases the risk of injuries, suicide, violence, and motor accidents. Due to these factors, excessive alcohol consumption is the third-leading preventable cause of death in the United States. In fact, alcohol withdrawal itself can be deadly; a variety treatment options exist, however.

Benzodiazepines, sometimes called “Benzos,” are anti-anxiety medications that include Xanax, Valium, and Klonopin. Benzodiazepine drugs rank high on this list due to the high prescription rate and increased risk of deadly respiratory depression that occurs when taking the medications. The risk of experiencing negative side effects is significantly heightened when combined with other drugs, particularly Barbiturates, Opioids, and alcohol. According to the National Institute on Drug Abuse, “In 2019, 16 percent of overdose deaths involving Opioids also involved benzodiazepines.” Quitting Benzodiazepines “cold turkey” is not recommended; seizures and even death can occur.

Common anticoagulants include Warfarin, Xarelto, and Heparin. These medicines are used to prevent blood clots in patients that are deemed at-risk for clotting. Anticoagulants rank fourth on this list due to the serious health conditions that can result from use, such as strokes, transient ischemic attacks (TIAs), heart attacks, deep vein thrombosis (DVT), and pulmonary embolism. When combined with Aspirin and other blood-thinning drugs, anticoagulants can also cause fatal internal and/or external bleeding.

Common Antidepressants include Cymbalta, Wellbutrin, Prozac, and Zoloft. Antidepressant drugs are commonly used to treat major depression and mood disorders; they’re also prescribed for attention deficient hyperactivity disorder (ADHD), obsessive-compulsive disorder (OCD), and anxiety disorders. These drugs are high on this list due to the adverse health effects long-term use can have on consumers; withdrawal after long-term use can be incredibly uncomfortable (though many treatment options exist). Those taking Antidepressants have a 33% higher risk of dying prematurely than people who are not taking the drugs.

Anti-hypertensives are a class of drugs that are used to treat hypertension (high blood pressure), such as Hytrin, Cardura, and Minipress. These drugs have been linked to cardiovascular issues, acute renal failure, prostate cancer, and new-onset diabetes in consumers – all of which can result in death. When combined with NSAIDs or diuretics, the possibility of experiencing these health risks is amplified and can lead to fatality. As a user of online casinos for real money, you shouldn’t even think about using them.

Bromocriptine, also known as Parlodel, is used to treat symptoms of Parkinson’s disease and hyperprolactinemia (high levels of a natural substance called prolactin in the body) including lack of menstrual periods, milky discharge from the nipples, infertility, and hypogonadism. Bromocriptine ranks seventh on this list due to the potential severe health side effects that can occur in patients, such as lethal circulatory collapse. Systematic hypotension has also been documented in about 33% of people taking the medication. Additionally, the drug has been associated with somnolence, and episodes of sudden sleep onset, which has resulted in dangerous encounters and motor vehicle accidents.